Confession. I’ve by no means been a fan of dipping french fries in milkshake. I do not dislike it, I simply do not get it. Intellectually, I get why folks like the recent/chilly candy/salty mixture, however to me it simply tastes like a fry …. and a few milkshake. The full will not be greater than the sum of its components. Regardless of, this I feel french fries in ice cream may work rather well.

I not too long ago reviewed Coolhaus’ salted Tahitian vanilla bean base in my assessment of Campfire S’mores. It is practically excellent. It is a robust however not overpowering vanilla taste and the salt helps to emphasise the sweetness of the bottom. 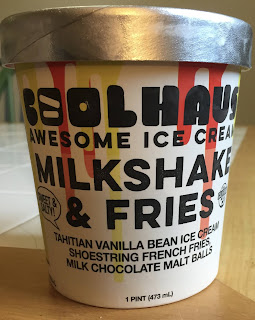 In that assessment, I additionally introduced up Coolhaus’ propensity in direction of smaller mix-ins meant to mix with the bottom, versus Ben and Jerry’s-style chunktastic mix-ins. This actually damage them right here. The fries have been shoestring model, however the items have been so small that they did not have a lot crunch, and I may hardly style them over the bottom.

The malted milk balls have been probably the most irritating a part of this taste. Reasonably than complete or half malted milk balls, Coolhaus once more went with small items. Just like the fries, these primarily blended into the bottom. Each every now and then, I received an even bigger chunk of malt ball, and I received a beautiful style of malt. That is what the entire taste wants! These occasional malt blasts actually confirmed the potential of this taste. A stronger malt taste with the crispy crunch of a salty french fry would have been phenomenal. 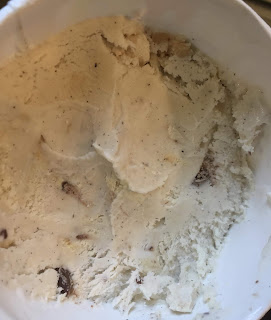 I fee this 🍦🍦/four. (Our score system is beneath.) I get the tendency towards smaller mix-ins for ice cream sandwiches, however for a pint I want Coolhaus would experiment with some larger chunks!